The present thesis examined empathy in the context of individual vocal teaching. Empathy was encountered as a phenomenon experienced in the apprenticeship practice, in the intimate relation between singing student and teacher.

The phenomenon was defined theoretically by using central aspects from theory of apprenticeship and Jan Tønnesvangs self-psychology. It was suggested that empathy could be the teacher’s way of relating consciously to the student with emotional sensitivity. Thus, the teacher had to navigate between expressing encouragement with deep respect for the student’s personal voice, and challenging the student in the context of the specific music and vocal tradition in question.

Four qualitative interviews with singers was performed in order to investigate how empathy in the individual vocal teaching can be thematically expressed. Here empathy showed itself as the teacher’s skill of relating to the student with personal recognition, encouragement, enthusiasm and ability of creating an emotional atmosphere of confidence.

Moreover, two qualitative video based case studies was performed, in order to supply the interview study in answering how the teacher’s empathic skill could have a significance in the context of individual teaching of singing.

It was here suggested that the empathic teacher has to build up conditions of the student’s fundamental confidence of her own voice – a concept that in the thesis got the name “vocal confidence”. This required the teacher’s deep willing and emphatic skill to:

3) A sensitive openness to listen to the student’s verbal and vocal expressions about her own learning process.

Thus, empathy could be defined as both related to the teacher’s relational sensitivity in a specific situation, and the teacher’s skill of cognitive understanding and knowledge about the student.

It was furthermore suggested that the concept of “voice shame” from the norwegian vocal researcher Tiri Bergen Schei could describe a consequence in the singing students self understanding, when the fundamental confidence in the relation to the teacher wasn’t available. The thesis demonstrated that singing is a personal and vulnerable way of expression that requires a deep respect and awareness from the teacher.

In order to gain a deeper understanding of the significance in empathy in the practice of vocal teaching, the thesis argues that working with the perspectives of the self psychology the vocal teacher’s professional knowledge could be enriched and developed. 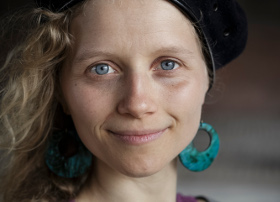